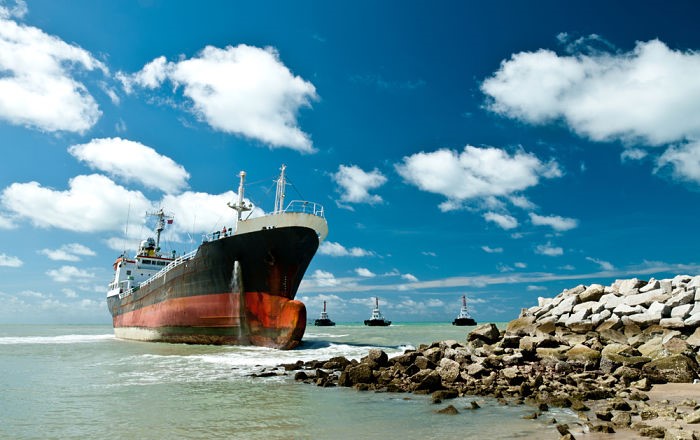 Every year, some ocean shippers are surprised by a century old maritime law that permits perfectly intact cargo to be seized and held until a deposit is paid following an “extraordinary sacrifice or expenditure that is intentionally and reasonably made or incurred for the common safety of preserving from peril the property involved in a common maritime adventure.” The law was created so if the safety of the ship, crew or cargo is threatened, everyone with interest in the voyage will share proportionally in the cost to save the voyage.

In other words, if the captain needs to throw some cargo overboard to mitigate the risks affecting a ship, all shippers will have to contribute to covering the loss, even those whose cargo wasn’t sacrificed. The captain will declare what’s called a General Average. All cargo is seized and shippers are sent a demand for payment as estimated by the average adjuster, which are the individuals or companies looking after claims that arise as part of a general average.

The practice is founded on a principal of fairness, and is the first known form of cargo insurance dating to the York Antwerp rules of 1890 and amended in 1994. Here’s a list of common casualties, or losses, that give rise to a General Average being declared and for cargo seizure:

Fortunately for the cargo owner, the amount owed is not proportioned based on fault. Everyone will share equally based on the value of their own cargo – even as explained above, if that cargo wasn’t directly impacted.

Cargo insurance helps mitigate delays and losses in these events.

Shippers can use cargo insurance to protect themselves against General Average and generally have their claims swiftly resolved by their insurer. By comparison, owners without insurance are required to make a deposit out of pocket before receiving the seized product. And, uninsured shippers may be required to post deposits greater than those with insurance.

To be covered for loss-protection against General Average or any other type of incident, you should consider an “All Risk” cargo insurance policy. If done right, nothing in the supply chain protects your company’s financial interest as well as this type of door-to-door cargo insurance. This and other types of cargo insurance are available through most carriers as well as through third-party cargo insurance specialists like Crowley’s Whitehall Insurance Agency.

Whether you ultimately decide to purchase All Risk insurance or another type of policy that meets your needs, the importance of protecting your cargo along the supply chain can’t be underscored enough and is a requirement of shipping.  Whether it’s your personal or business property, you should be aware of liabilities and available options. If you don’t currently have an experienced cargo insurance agent to guide you through the process, we invite you to contact Whitehall Insurance, before your next cargo move.

*All Risk is a term which describes a broad form of coverage. It does not cover every scenario. Each policy comes with terms, conditions and exclusions.